Did you attend the 100th Anniversary Celebration of the iconic Mystic River Bascule Bridge? The celebration, put on by the Greater Mystic Chamber of Commerce, attracted thousands of people to downtown Mystic. It was truly a magical day! In case you missed it, we’re here to tell you everything that happened- from start to finish!

Saturday, October 15th was a beautiful day! The sun was shining and the temperature was just right for celebrating in downtown Mystic. The day began at 2pm at Mystic River Park. Local historians, area businesses, government officials, and former bridge tenders came together to take part in the dedication ceremony. St. Edmond’s Pipes and Drums lead off, while Dan Watson performed to conclude the ceremony. Governor Ned Lamont and Senator Blumenthal were both in attendance! 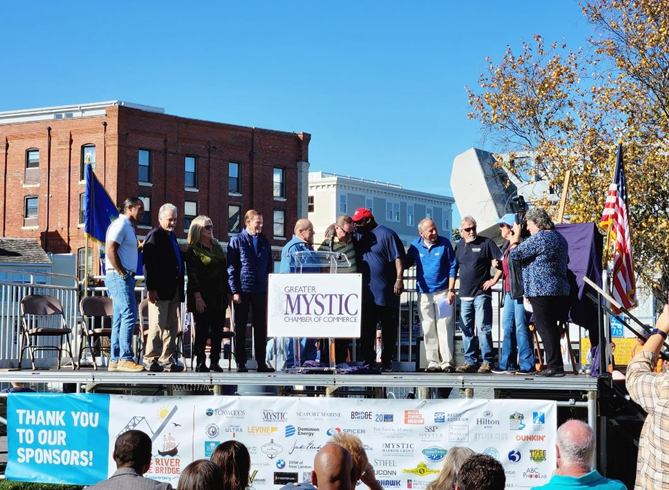 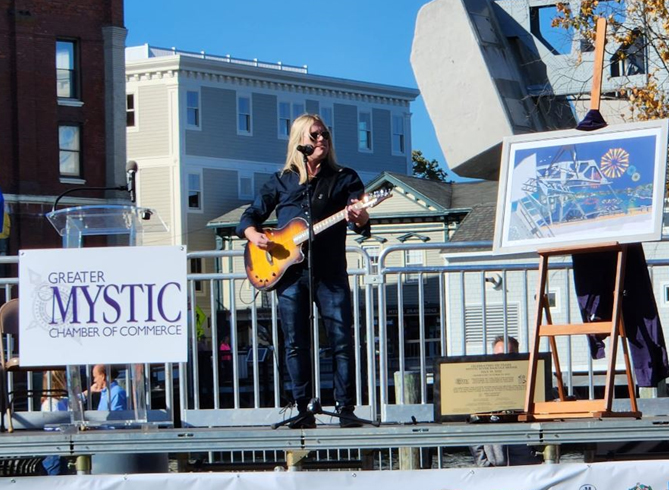 The official artwork of the bridge anniversary, by local artist Abbie Park, was unveiled at the dedication ceremony. Prints of the amazing piece are available at the Mystic Chamber Tourist Information and Welcome Center. 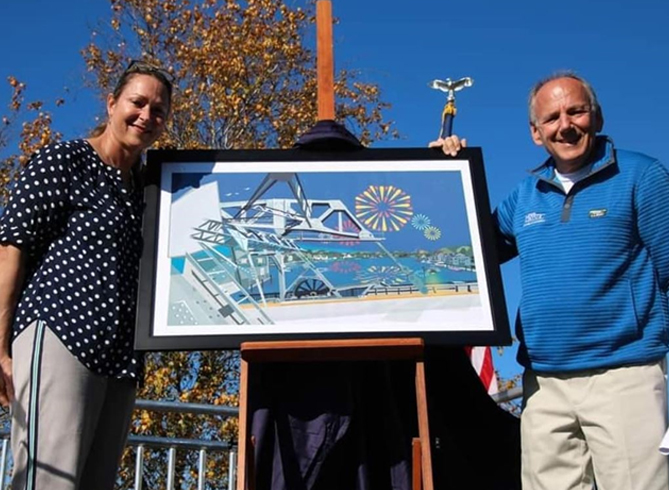 At 3:00, the chili competition began! Chilifest, where eleven local restaurants participated, was held on Cottrell St. Participants included Bleu Squid, Rocks 21, Hot Rod Cafe and more. Thousands of patrons lined the road to try the chilis. They tasted and voted for their favorites on the Go Mystic app. First place in the chili competition went to Bank & Bridge, with second place going to Friar Tuck’s Tavern. 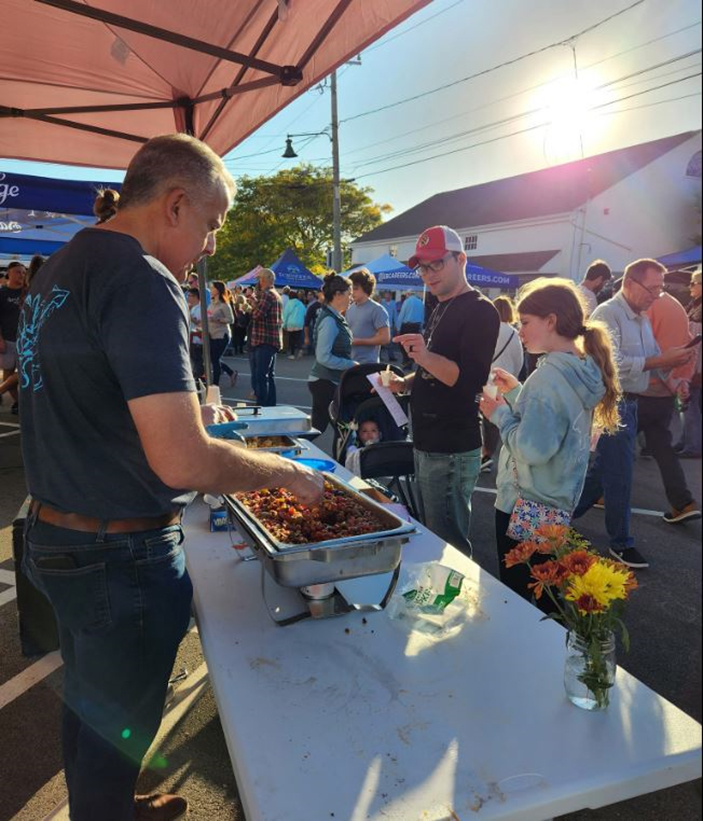 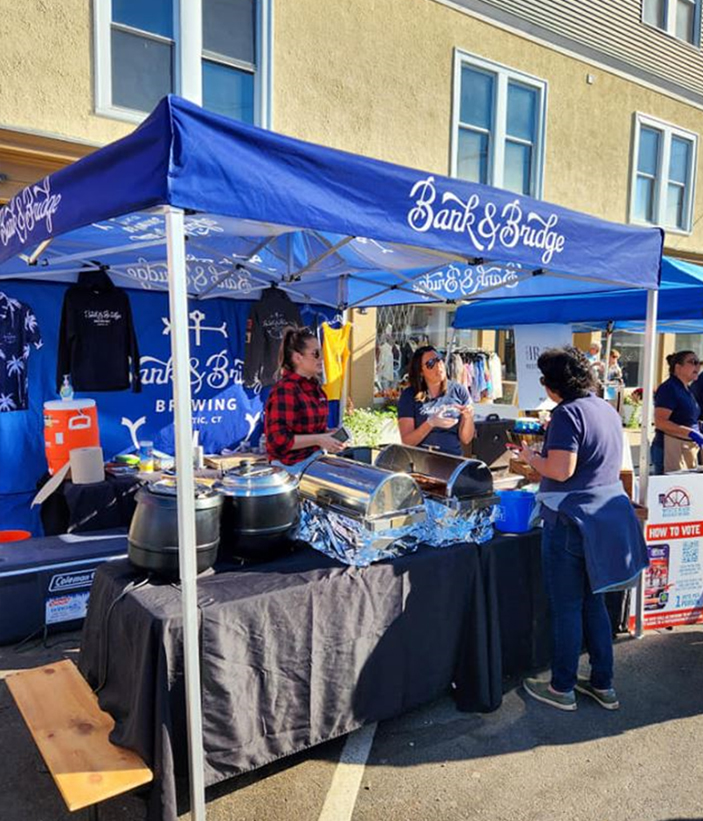 We can’t forget the bands and beer! The stage was set at the end of Cottrell Street. Eight to the Bar started off the afternoon from 3:00-5:00, followed by Jamie’s Junk Show  from 5:15-6:45, and Cucumber Jones concluded the performances. The Beer Garden was also on Cottrell Street, with several different beers being offered. 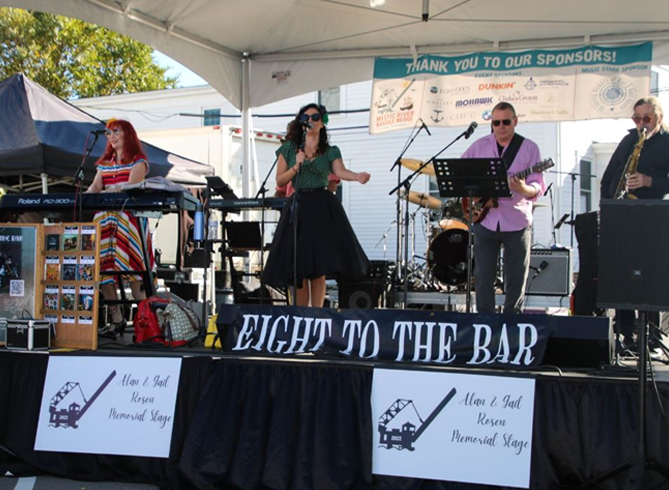 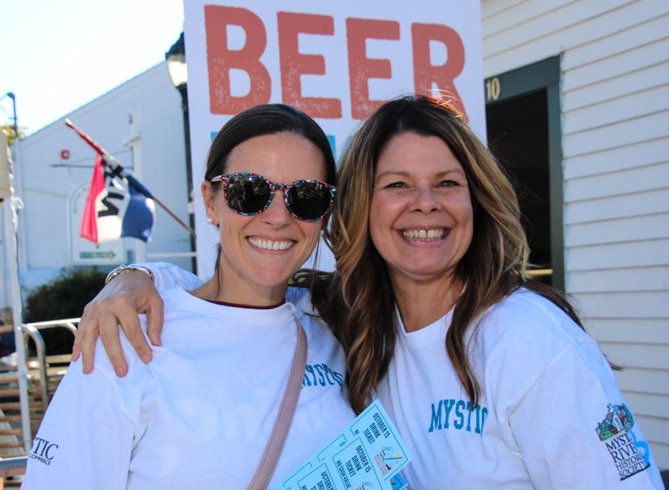 The day ended with an epic fireworks display, sponsored by Foxwoods Resort Casino. Thousands of people came to Mystic and celebrated 100 years of the Mystic River Bascule Bridge, and there was no better way to end the celebration! 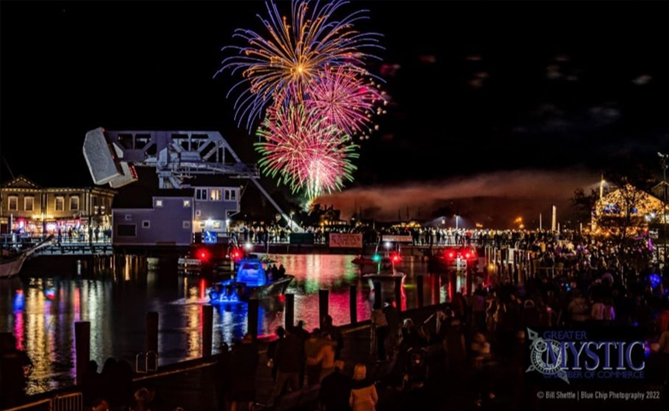 It was a very special day for the community! Cheers to another 100 years!